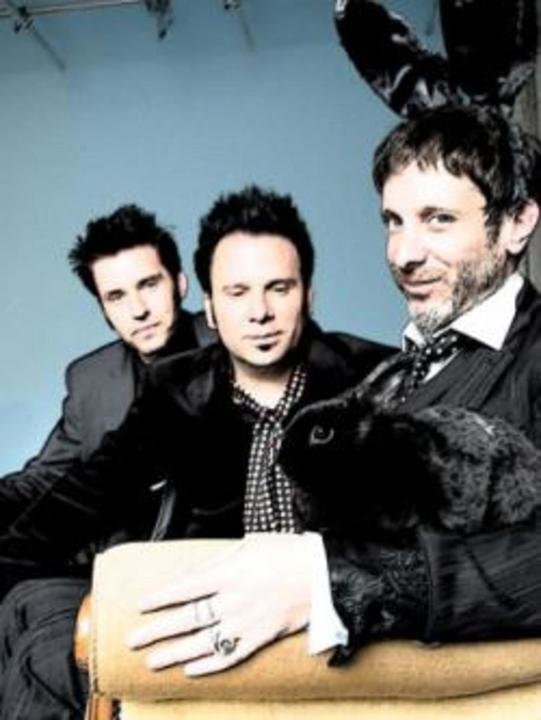 MERCURY REV was formed in Buffalo, New York in the late 1980's. Consistently driven by Jonathan Donahue (vocalist/acoustic guitar), Grasshopper (moth-light guitars, clarinet, tettix wave accumulator), Jeff Mercel (drums/piano) with Dave Fridmann (bass explore, telescope, knob twiddler), Mercury Rev have continued to surprise and enlighten listeners for over a decade and a half with their maverick musical explorations. In the beginning, MERCURY REV's first recordings emerged simply as a means for creating soundtracks to experimental films that they and their friends were creating. David Baker (sometimes vocals), Suzanne Thorpe (flutes), and Jimy Chambers (percussion) joined this loosely connected ensemble, and eventually recorded a demo during off-hours at the SUNY Fredonia studio. This demo somehow made its way to the British offices of the Jungle/Mint label, who contacted Donahue about signing the group. MERCURY REV reconvened to record their debut, YERSELF IS STEAM. Highlighted by distorted art-pop epics like "Chasing a Bee", "Coney Island Cyclone", and "Frittering", YERSELF IS STEAM was released to widespread acclaim in 1991. Later that year, the CAR WASH HAIR E.P. further convinced pundits of MERCURY REV's volatile genius. The group's second show (playing to over 10,000 people) at the Reading Festival in the UK, showed the dynamics of their live show, and during the next year and a half they found themselves performing at such diverse venues as the Royal Albert Hall in London and in an opening slot for Bob Dylan at Yale University. The release of BOCES in 1993 was a continuation of their marriage of searing noise with crystalline pop. Although this became their first record to hit the UK Top 50, by the next year, musical differences led to the departure of David Baker. Dave Fridmann, on the other hand, decided to focus on sound engineering and production, and ceased touring with the band (continuing to work with them in the studio). By the time the beautiful SEE YOU ON THE OTHER SIDE appeared in 1995, the first chapter in MERCURY REV's maverick career had drawn to a close. While critics marveled over the wonderfully eclectic pop-jazz experiments of "Everlasting Arm", and "Racing the Tide", the band grappled with puzzling personal predicaments. Switching record labels and nearly broke, Donahue and Hopper relocated to the Catskill Mountains in New York State with newcomers Adam Snyder (keyboards) and Jeff Mercel to begin writing new material. Chambers and Thorpe, unable to deal with the band's continuous chaos, decided to move on. The band began recording what was to become DESERTER'S SONGS during 1997 at Dave Fridmann's Tarbox Recording Studio. DESERTER'S SONGS was released in 1998 to world-wide acclaim. On this influential album, MERCURY REV reinvented itself with sweeping orchestrations and poetically heartfelt lyrics. It would herald a rebirth for the band, allowing for further experimentation and thrill-seeking. MERCURY REV toured extensively for DESERTER'S SONGS, which was chosen as album of the year by the NME, MOJO, and many other international music publications. The songs "Goddess on a Hiway", "Holes", and "Opus 40" have become classics which have taken on a mythical life all their own. Recorded at the end of 2000/early 2001, their follow-up ALL IS DREAM found MERCURY REV once again broadening their musical horizons with cinematic bombast. Older and slightly wiser, the band stumbled into exhilarating new musical galaxies on such songs as "The Dark Is Rising", "Little Rhymes", and "Tides of the Moon." They toured the world for most of 2002, and began recording songs with Dave Fridmann during the early months of 2003. During this "time off" they were also involved with composing pieces for various film soundtracks (including HELLO BLACKBIRD, the soundtrack for the film BYE BYE BLACKBIRD). THE SECRET MIGRATION came out at the beginning of 2005 and David Fricke wrote:"Mercury Rev have finally made their great life-cycle album, their own DARK SIDE OF THE MOON, except this one ends in promise and light." MERCURY REV have finished recording a brilliant new album, SNOWFLAKE MIDNIGHT which will be released on September 29, 2008. Check for all the latest updates and info here! 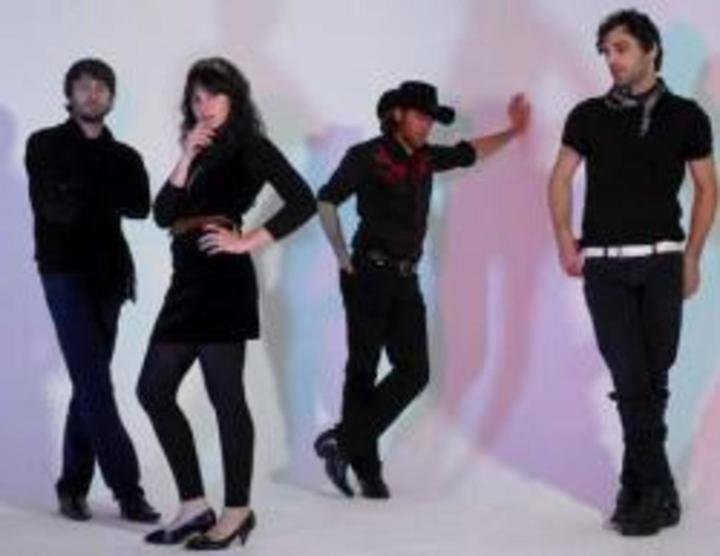 So, we've been working avidly on the new record this past year. Writing songs just about everywhere, recording in LA, mixing in London, mastering any minute now. Confirming some shows for the end of this year as well as building the bones of a tour for next year. Feels like a while since we've been in touch but we're aching to get back on that band wagon. We've many new songs, sounds, stories and much, much love and music to give. Hope to see y'all real soon!!!!!!!!!!!!!
Presented by