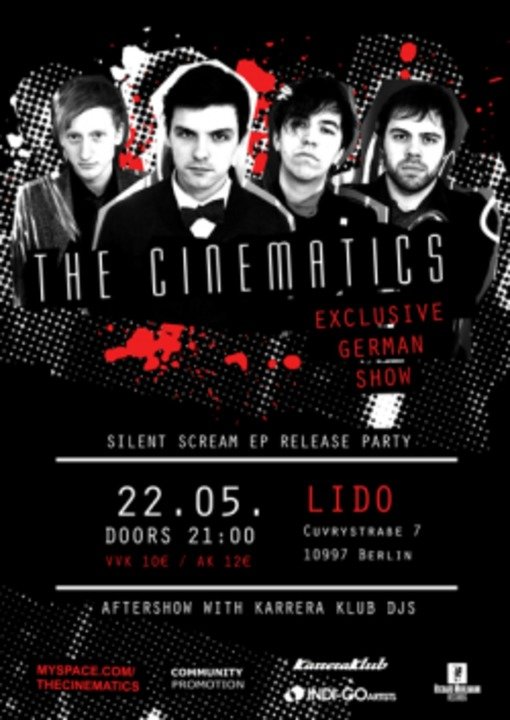 The Cinematics are an indie rock and roll band from Scotland. They use echoing, buzz-saw guitars, analogue synth-lines and disco-funk rhythms to paint sonic pictures of their violent dreams. The band have released two studio albums to date - A Strange Education (2007) and Love and Terror (2009) - and are soon to record their third long-player in Berlin. They have performed headline tours across three continents and have appeared live on American network television. During their 2009-2010 European tour, The Cinematics made a partially-live record of new songs. The five-track Silent Scream EP will be released in May 2010.
Presented by