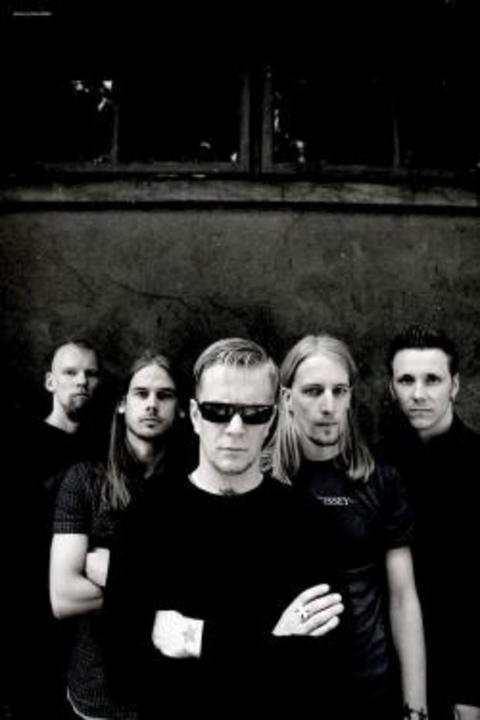 German panzer MAROON return in full swing with their heaviest, most diverse and visionary opus to date! Driven by the band’s steadfast dedication to honest, vigorous and timeless metal sounds, the new album “Order” marks the culmination of the band’s most creative and focused song-writing phase. Despite being known as a kick-ass, relentlessly touring act from tours/shows with the likes of Samael, Obituary, Arch Enemy, Black Dahlia Murder, Korn, As I Lay Dying, 2008 was a rather quiet year for MAROON in terms of live appearances. But, of course, the band did not twiddle their thumbs! The quintet locked themselves up for almost four months to invest as much time and concentration as possible into the work on its stunning new sonic bombardment! To garner their doubtlessly most inventive and devastating album with a thunderous sound, MAROON decided to use studios in Germany, Sweden and the US: “Order” was recorded with producer Markus Stock / Klangschmiede Studio E (Eisregen, The Vision Bleak, Secrets Of The Moon), skilfully mixed at Studio Fredman in Sweden by Fredrik Nordström (Arch Enemy, At The Gates, Dark Tranquillity) and mastered at West West Side Studios (Mastodon, Unearth, Earth Crisis). Needless to say, that this resulted in the best sound MAROON ever had! “Order” kicks off with the atmospheric intro “Morin Heights” invoking the grandeur and tension of classic Metallica whereas the following tracks venture into melodic death metal territory (“Erode”), combine doomy mid-tempo with a traditional thrashing crunch and shredding leads (“Bleak”), include catchy mosh-anthems (“Stay Brutal” – which is also the first video track) and even black metal ferocity (“Children Of The Next Level”). This high level of diversity was clearly intentional as vocalist Andre Moraweck points out: “Whether it is Metallica-like metal or classic MAROON thrash and mosh parts, we did not want to make any compromises on this one and simply did whatever felt right for us!” With the closing track “Schatten” (= “Shadows”), MAROON have also written their first song featuring German lyrics. The over 7 minutes long, epic track is based upon a poem by German author Friedrich RuÌˆckert (1788-1866) who wrote over 400 poems after two of his children died of scarlet fever to at least try to cope with this tragic loss. “Schatten” is probably the darkest, most captivating and emotional song on “Order” and a great climax to the most ambitious and intense album in the band’s career. Following the release MAROON shall return to stages soon to properly present their masterly new album live!
Presented by