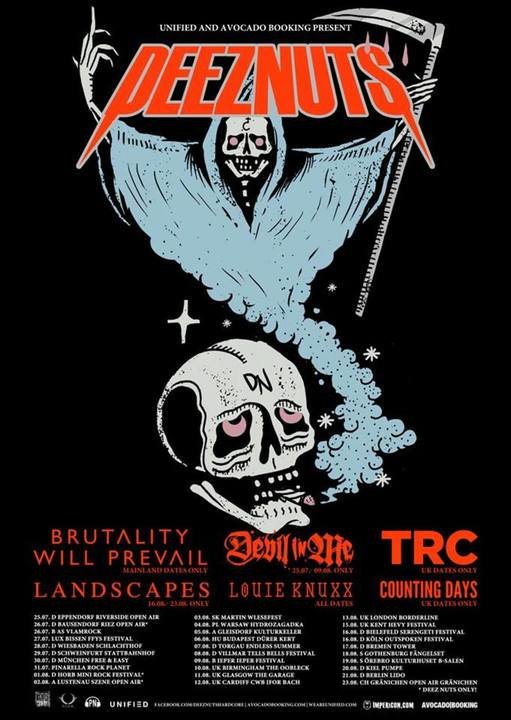 DEEZ NUTS is the brainchild of ex I KILLED THE PROM QUEEN founding member JJ Peters. A one-man musical assault DEEZ NUTS are hell bent on delivering hardcore driven party anthems laced with a tongue in cheek rap ethic of just not giving a f&#k to the masses. With the overwhelmingly positive response to the DEEZ NUTS debut EP 'Rep Your Hood' extensive domestic and international touring everything has aligned for the release of this highly anticipated full length 'Stay True' set for release October 4th through Stomp. Stay True is sure to be the summer party album of choice for the thousands & thousands of fanatic hardcore fans nationwide, tracks like "Tonight We're Gonna Party Like there's no Tomorrow" and "I Hustle Everyday" are the perfect soundtrack to a wild weekend while the title track "Stay True" and "Never Grow Up" capture the essence that is Deez Nuts and the Australian hardcore scene that is multiplying at an alarming rate. JJ has also tipped his flat brimmed hat to the mighty Beastie Boys with a crushing cover of "Fight For Your Right". A fitting track for a man that has dedicated the last decade to raising hell and bringing his message and moralsor lack of.to a generation now ready to embrace all that Deez Nuts stands for whole heartedly.
Presented by