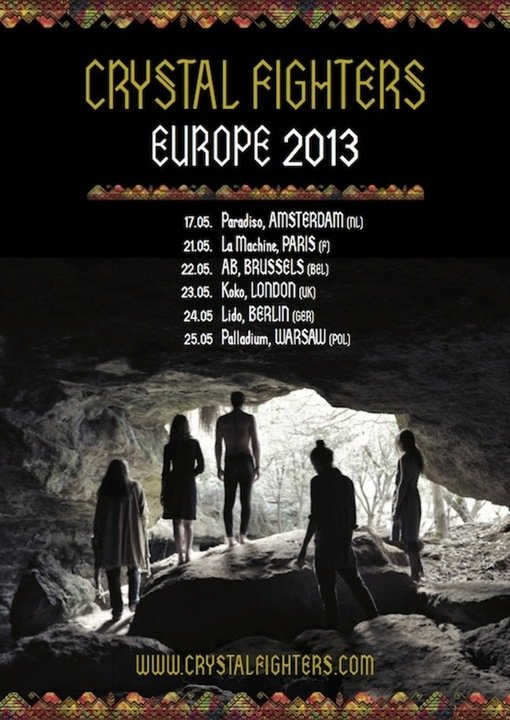 Crystal Fighters juxtapose the eerie flavour of traditional Basque folk music with churning basslines and catchy energetic vocals, resulting in a jubilant and uplifting sound unlike any other. Their live shows are legendarily intense affairs, carousing and chaotic but full of captivating beauty. No wonder they have become staples of the live circuit and the festival scene, with headlining appearances across Europe, America and Japan. “Live, we’re more punk and chaotic, on record less so,” says Graham, bandmember. It is in concert that the collision between past and future – between Basque exotica and mystery and techno dance adventurism – is most apparent.
Presented by