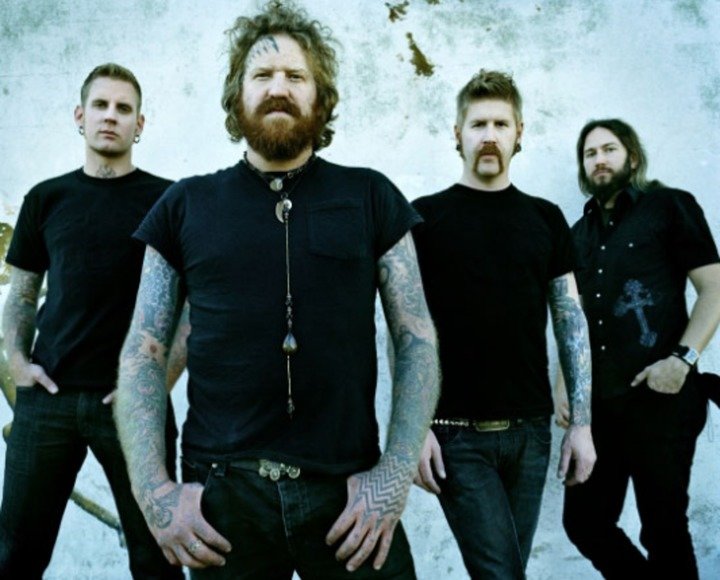 Mastodon have never really done anything the “conventional” way. The Atlanta-based band formulated their own brand of highly-skilled hard rock over a decade ago when others were rehashing 80s metal, and went on to mastermind a string of complex concept albums while much of the music world was centered on making digestible singles. The fact that Mastodon has received an outpouring of critical kudos along with public praise from respected icons from Metallica to The Melvins, The Flaming Lips and CeeLo Green and back, they’ve been humbled by the magnitude of appreciation. But rather than taking time to revel, they prefer to focus their attention on pushing musical boundaries even deeper by exploring their own creative process to the fullest.

The Hunter is yet another universe bending, high energy masterpiece from the band that helped shape hard rock for the 21st century with their previous albums: Remission, Leviathan, Blood Mountain and Crack the Skye. Though each consecutive album has transcended the one before it in terms of expectations, musical innovation and sales, The Hunter is the band’s most ambitious to date. Guitarist/vocalist Brent Hinds, drummer/vocalist Brann Dailor, bassist/vocalist Troy Sanders and guitarist Bill Kelliher all continue to explore the outer limits of their own imaginations and as a result, deliver an album that stands apart -- even in Mastodon terms. While their last four CDs explored complex themes rooted in earth’s elements, The Hunter is more about following one’s free will than a particular storyline. “We’ve always had this umbrella or a theme that we’ve written everything under,” says Troy. “To us, it made sense as one cohesive story. This time, we freed ourselves up to try something new. It was really the next step for us, and I’m glad we took it.”
That new-found spontaneity can be felt throughout The Hunter, from the melodic yet pummeling “Blasteroid” to the frenetic, muscled single “Curl the Burl.” The album is full of surprises—from melodic, close harmonies to downright demonic growls—but predictably, the musicianship is leagues beyond what anyone would expect to find on such a hard-hitting album. The Hunter is also the band’s most emotionally charged record to date, largely due to the difficult events that surrounded its making. Tragically, Brent Hinds’ brother died of a heart attack in December of 2010 while on a hunting trip. Not long after, a friend of the bands died after a drawn out battle with cancer. “There were a lot of stressful things going on while we were making this record,” says Brann. “I wanted to ignore all the stress, which felt like it was threatening our band’s existence. We were kind of waiting to see where everything landed. But Brent didn’t want to sit and wallow in it. He wanted to do the exact opposite. So we started coming up with all these really triumphant moments for the record. It was like, fist up in the air. Like fuck that – here we go.” And they dedicated the album to Hinds brother, an avid hunter.

The material for the record was largely written on the road when the band was touring with Alice in Chains, and was recorded between Los Angeles and Atlanta over a 6 week period earlier this year. Continuing their tradition of breaking tradition, Mastodon decided to team up with Mike Elizondo, a highly respected producer more synonymous with hip hop than metal. “After meeting him and hearing his ideas and unique perspective on our band we thought ‘This could be really interesting,”” says Brent. “We’re all about doing things that other people don’t, so let’s do an album with the guy who just worked with 50 Cent and Eminem. How crazy is that? We always try and embrace the unexpected.” And again, Mastodons penchant for taking risks paid off.

The Hunter is at once space age yet earthy, aggressive but thoughtful, articulate and guttural. The guitar work here is, of course, masterful as always, as is the band’s ability to flip musical directions on a dime. All of Mastodon contributed to writing the album, and Sanders is now singing on considerably more than on previous recordings (“I never thought I’d be one of the main vocalists . . . on any record,” he laughs.) Following some fine vocal performances on the last album Dailor’s role also as a contributing vocalist has become more prominent on The Hunter as well, adding even greater freedom to the sonic textures and overall expansiveness inherent of the new album.

As an example of the themes behind some of the new songs? They’re best described first hand by Brent and Brann: Brann on “Curl of the Burl” : It’s about meth heads in the woods of West Virginia who look for certain types of knots in a tree. That would be the curl of the burl. They cut it out of the tree, drive it into town, sell it to furniture makers then go buy more meth. It’s like crackheads who steal copper from Lowes and sell it. We really couldn’t think of a better subject matter. It fascinated us. Brent on “Blasteroid”: It was the name of a video game that was in the studio where we recorded. We thought it was hilarious—asteroids mixed with hemorrhoids. It had this crazy star that crapped out these asteroid looking thingees. So we mixed that ridiculous name with this sugary melody, then pushed it all up against, uh, somewhat aggressive lyrics. [Sings] ‘I wanna break some fucking glass, I wanna drink some fucking blood . . .’ Fun stuff.
Brann on “Stargasm”: It’s about having sex in space, or maybe not in space, just great sex where the orgasm brings you into space. When we sing ‘You’re on fire!,” I imagine swirling flames around these two people enjoying this sexual experience so good that they end up in outer space. Very Barbarella. Brent on “The Sparrow”: It’s about Susie Polay our accountant’s wife, who passed away of stomach cancer when we were recording the album. Her motto was pursue happiness with diligence, and that motto became the lyrics to the song. It’s such a pretty song, and it’s so sorrowful as well. It’s in her memory and for her husband Robert, to pass on her inspiration to the listener.
One the many ways in which Mastodon challenged itself on The Hunter was in simplifying their otherwise complex way of making music. In the past the band thrived on squeezing as much as possible in one space, and then making sense of it. With this record, they challenged themselves to pare back and let the songs breath on their own. The result is an album where sublime interludes prove just as powerful as dense layers of sound. “Our last album Crack The Skye, was such a deep, long record,” says Bill. “It was very heavy. We thought let’s make a spontaneous record based off music that comes off our fingertips in the moment. We didn’t over think it—like Hey, we gotta really dazzle the kids! It’s like let’s not over do it. Just let it fall naturally, and we did.”
By following their instincts, Mastodon has come up with the best record of their career. But then, should we really be all that surprised? Their slow-growing trajectory from flat-broke obscurity to the stages of Coachella, Europe’s Sonisphere and Bonnaroo which has presented Mastodon to an inordinately eclectic cross-section of music fans who have embraced the band as much as any audience who are more interested in the quality of the music rather then fall into the trappings of narrow-mined genre dwellers. This is the result of taking the road less traveled with nothing more than their instincts—and love of a good riff—to guide them. “We can never go in the studio saying we’re gonna make a heavy record because that’s what people expect,” says Brann. “Or a progressive record, because that’s what they want to hear. You can talk all day about what you’ll do artistically, but once you sit down and it starts coming out, you find out it’s not really in your control. Things move in the direction they move in -- much like life. It might not go the way you want, but that’s when great things come out that you had no idea were there. That’s when you tap the unexpected.” 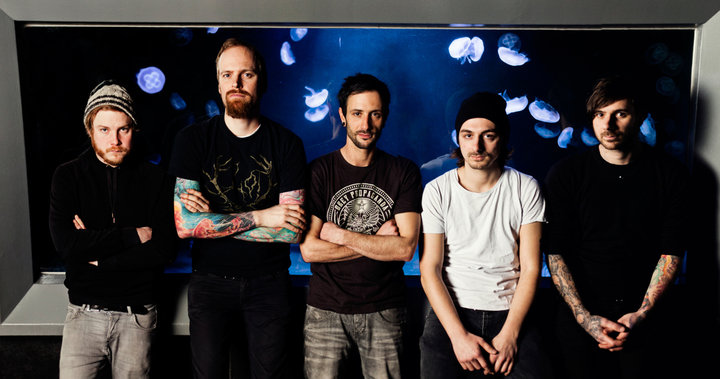