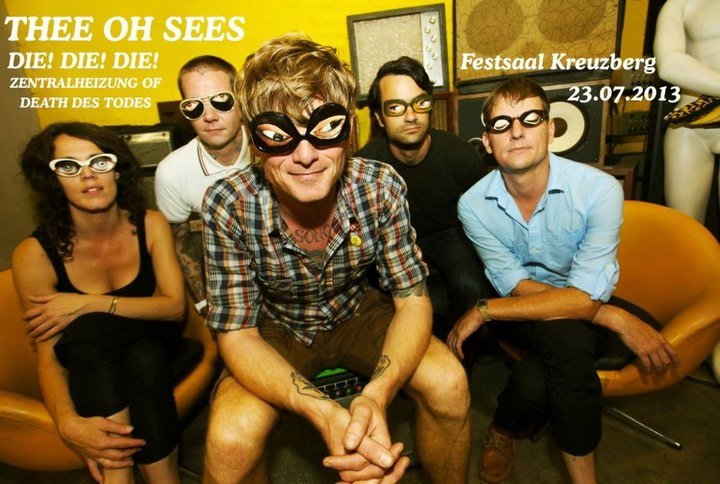 Propulsive, careening, and at times, openly dangerous. Thee oh sees are like the house band for a runaway train. Much of their appeal comes from the fact that they’re a machine with four equal parts: the wide-eyed, cult-leader charisma of frontman John Dwyer, the effortless cool of keyboardist/singer Brigid Dawson, the pulsating low end of Petey Dammit, and the steel-solid rhythmic anchor of Mike Shoun. With unspeakable chemistry and an instinctual bond that borders on telepathic, the band has taken its wildly cacophonous and setlist-free live show to must-see status, turning music venues populated by arm-folding spectators into anarchic riot scenes. An Oh Sees show is a place where combing the floor for your shoes when the house lights come on becomes ritualistic, where getting kicked in the face by a renegade crowd-surfer provokes a shit-eating grin instead of a scowl. Most of the band’s best albums serve as recorded documents of their live sets; you can practically hear Dwyer swallowing microphones and spitting upwards to the rafters.
Share This
Previous
All
Next