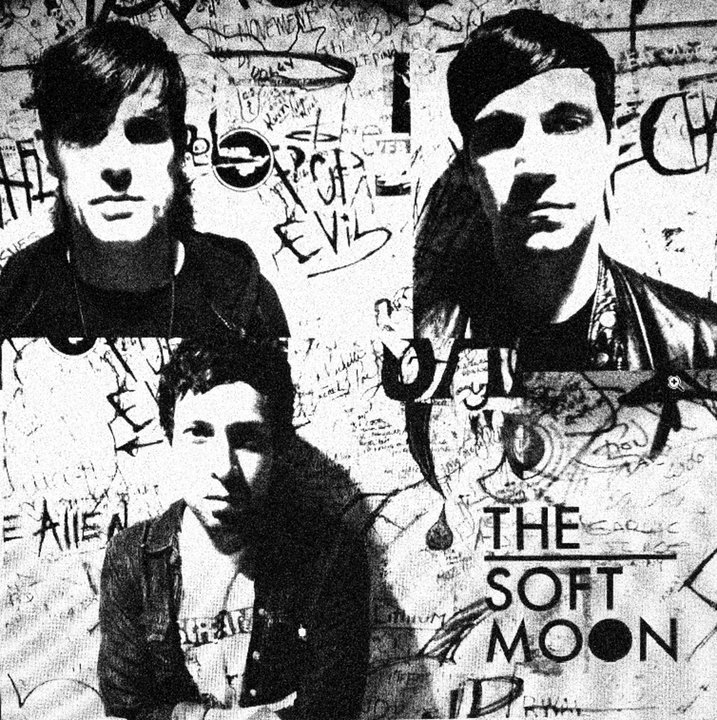 The Soft Moon was never intended for the public's ears, but you found it, were drawn in by its danger, and insisted that others hear. Oakland's Luis Vasquez began the project in order to better know his own self. He'd holed up in his apartment and let the tape roll, allowing gut and memory guide him. Those twin sherpas, however, led him to a place of darkness, claustrophobia and dread: a musical wasteland moving to a Motorik tic, its edges made jagged in the image of early post-punk, swathed in the moody atmosphere of vintage darkwave. Now, because the word has spread, the Soft Moon waxes again, returning with a most vicious, seething and focused second album: Zeros.

There've been some changes. While 2010's The Soft Moon LP was recorded entirely in solitude in an utter absence of expectation, these ten songs were written and recorded between days on the road. Out there the Soft Moon sound had expanded into a full-band attack accompanied by immersive video visuals. Vasquez needed the new work to be just as primal and enveloping, and so set to paring down his post-apocalyptic soundscapes. What was began as barely controlled exorcism became an exercise in control, and after six months of intently shaping Zeros on his own, Vasquez met with producer/engineer Monte Vallier at his San Francisco studio where he could get loud, beat on things, scream. The result is complete immersion. Zeros opens with "It Ends," a rumbling eerie epic that explodes and then fades. The slowing breath and pulse at the finish signify our break with reality as consciousness drifts deeper into Vasquez' world. Welcoming us into "Machines," a demon utters unclear incantations over snapping drums and flange-warped tones, while the titular song gives us a beat to dance to as a strange voice gushes lascivious "aahhhs" from a cloud of swirling synths. Songs like "Insides" and "Crush" feel utterly inward-looking—a loner's cry buried in soil and metal shavings—but "Remember the Future" bounces like a twisted John Carpenter score, and "Die Life" lashes out at everything within reach. Listen closely and you'll hear the sounds of the creatures and people that survived whatever catastrophe created this space: chirping insects, bawling whales, strained howls, jungle percussion, tribal chanting. It's this basic stuff that makes Zeros familiar—the animal need to not be alone in the dark, to be heard by another living thing even whilst working solo, the Soft Moon as the lone wolf. This becomes clearest as the album approaches its close and the whipcrack snares of "Lost Years" give way to the wild hand drums of "Want." The aggressively hypnotic build eventually runs smack into the wall of "?bn? ?I," a reversal of the opener that slowly, surely, delivers us back to the waking world—untouched, yes, but not unchanged.
Share This
Previous
All
Next