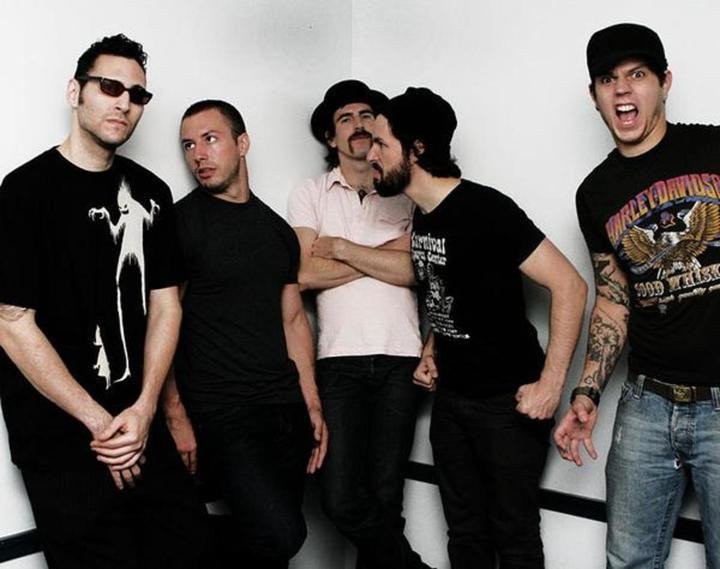 The present's a fine enough place to start-after all, you're reading this because you want to know about the first DILLINGER ESCAPE PLAN album in five fucking years - but for perspective's sake, let's step back for a minute. Fall, 1997: A handful of growing pains disguised as recordings behind them, five clean-cut suburban kids from northern New Jersey hit the studio to lay down some demo tracks. Roughly one year later, said kids find their three-song, eight-minute brainstorming session changing the growth trajectory of hardcore forever. Sure, it's been six years, multiple line-ups and at least nine million changes in popular culture since The Dillinger Escape Plan made their Relapse Records debut with 'Under The Running Board,' but as the quintet rolls out 'Miss Machine,' its second album for the label, DILLINGER's present still sounds like everybody else's future.

But before we get into the how, why and what-the-@#$% of 'Miss Machine,' a bit of history - this is a bio, after all. Formed in March of '97 by high-school friends Ben Weinman (guitars), Adam Doll (bass), and Chris Pennie (drums)The Dillinger Escape Plan, The Dillinger Escape Plan added vocalist Dimitri Minakakis and that April recorded their debut, an eponymous mini-CD that showed the then-quartet struggling to push hardcore's boundaries with whatever tools were at their disposal: jazz and Latin-informed rhythms, industrial-rock atmospheres, blazing death-metal licks. By the time they added second guitarist John Fulton and made 'Under The Running Board,' those influences-as well as a balance of technique and brute force no other hardcore band had ever attempted-were focused to a knifepoint. Sure, DILLINGER may've looked like rejects from a J. Crew ad when they played the 1998 Milwaukee Metalfest - even more so when former Jesuit guitarist and J. Crew employee Brian Benoit replaced Fulton that November - but any doubts about the band's metal authenticity were gone by the first downstroke.

In September of 1999, The Dillinger Escape Plan once again proved they meant business with the release of their debut full-length, 'Calculating Infinity.' As with everything DILLINGER has done, the album was insanely complex, staggeringly detailed-and instantly polarizing: Either you'd hate it, orThe Dillinger Escape Plan, as the subsequent generation of "math metal" (a subgenre that didn't even exist pre-'Calculating Infinity') bands has proved, you'd spend your entire musical life trying to get your head around it. Calling '...Infinity' a fusion of styles (most noticeably jazz, metal, hardcore and electronic music) is selling it short: Sure, it sounds like jazz when Weinman and Benoit break into a squiggling guitar tag-team mid-song; and it sounds like hardcore when DILLINGER shifts into a crunching, off-time breakdown; but that's only because those sections are easy-to-grasp breaks in the action. The time-shifting, pulse-shattering bulk of 'Calculating Infinity' forces the listener to make sense of the record just as the title unintentionally suggests. (Hint: It's impossible.)

While the five years between 'Calculating Infinity' and 'Miss Machine' would've finished a lesser band, for The Dillinger Escape Plan, they only presented new opportunities. Minakakis left amicably in 2001, at the height of DILLINGER's ascent; auditions in 2002 led the remaining members to then-untested current vocalist Greg Puciato; a 2002 EP, 'Irony is a Dead Scene,' with FAITH NO MORE and MR. BUNGLE ringleader Mike Patton on vocals, drew harsh reactions from fans for its embracing of dynamics, samples, and, among other sins, APHEX TWIN; and, besides a few cover songs, there was no immediate sign of any new DILLINGER material with Puciato in front. Then came the 2003 soundtrack to the Lakeshore film Underworld, where DILLINGER stood out like an extended middle finger alongside big names such as A PERFECT CIRCLE, FINCH, David Bowie and TOOL's Maynard James Keenan. "Baby's First Coffin," DILLINGER's contribution and the band's first original track with Puciato on vocals, multiplied the aggression and the mathematical accuracy of 'Calculating Infinity' times 10 (math joke not intended) - but that wasn't what made it so striking.

In many ways, the influences that allowed DILLINGER's first mini-CD to stand out among metal and hardcore releases in 1997 are the same ones that are making 'Miss Machine' such an anomaly in 2004's fertile metal-hardcore crossover scene. Only this time, the industrial rock is unapologetically taking over whole tracks; the jazz and Latin accents are extending further and deeper than just five-second breaks; and the death metal, if it's there at all, is turning that genre into equations that'd stump an MIT professor. Sure, tracks such as "Baby's First Coffin," "Panasonic Youth" (for which DILLINGER shot their first professional music video), "Van Damsel" and "Perfect Design" are 'Calculating Infinity' and then some; their complexity seemingly inhuman to anyone who's never seen DILLINGER pull it off live. But in Weinman's words, "If we had to make 'Calculating Infinity' again, I don't think this band would even be here today. We couldn't - we're not just 'that band' anymore."

Indeed they aren't. See 'Miss Machine's' "Phone Home," where the electronic atmospheres and synthesized strings reflect not only Puciato's side project, ERROR, but the entire band's adoration of NINE INCH NAILS; the extended, piano-enhanced (gasp) 4/4 break in "Sunshine The Werewolf"; and "Unretrofied," whose industrial-tinged electronic groove is almost as surprising as its harmony vocals. Yes, harmony, strings, singing, piano and time signatures you can actually tap your foot to-these, rather than sheer brute force, are the elements that'll no doubt polarize DILLINGER's audience and set the message boards blazing yet again. Thing is, to hear the band tell it, they'd be disappointed if 'Miss Machine' didn't evoke that strong a reaction in people. After all, as Weinman has said, "This record is going to split our fanbase in half-the ones who get it, and everyone else." Don't know about you, but where we're standing, the future looks a hell of a lot brighter on the former side of that audience. 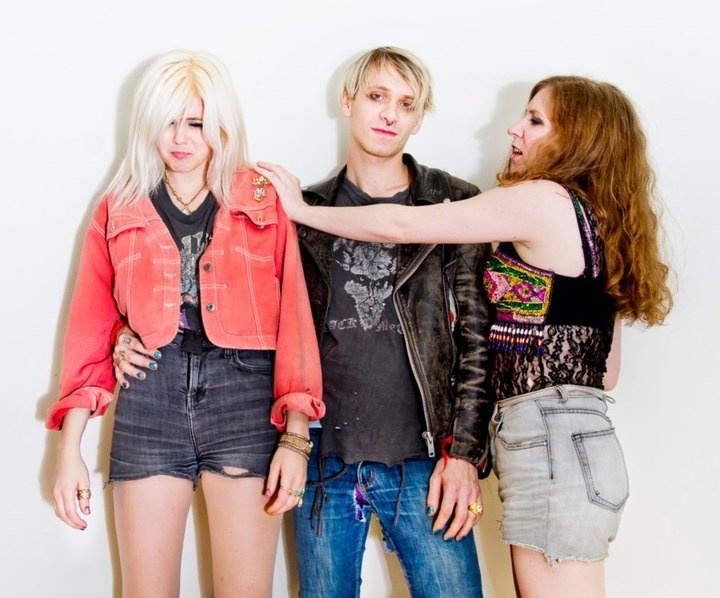 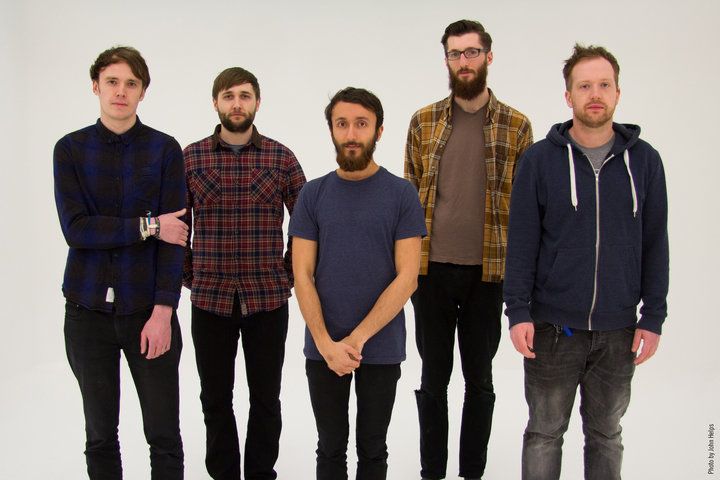