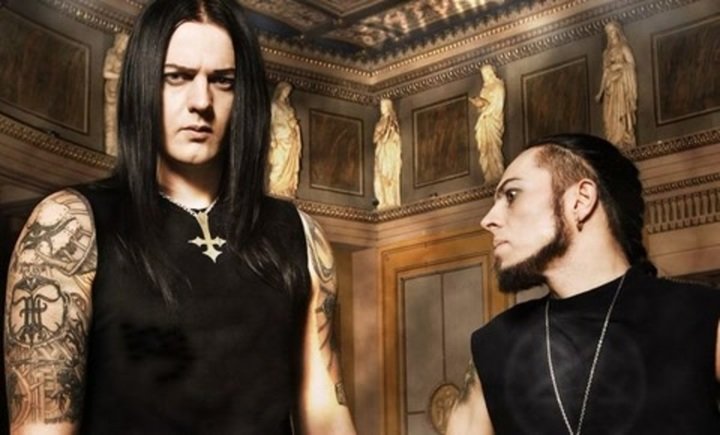 These days it seems that even the field of extreme metal - which by definition should be destroying boundaries instead of creating new ones - has become saturated with sub-genres, where minimal stylistic differences turn into criteria for what's hot and what's not.

And stylistic in this sense doesn't even stop with music; it's as much about fashion, image and appearance. Norway's Satyricon are a rare exception to this norm – they never cared for trends, for the latest fashion in how one is supposed to present oneself and they always abhorred the tried and tested genre stereotypes. The result is a notable career, spanning eight albums that always put the music first, often as a surprise and challenge to the listener, which creates, we should all agree, a deeper satisfaction than any devotion to set formulas. And most importantly it is a career telling a great story about what an artist can achieve through strict adherence to his principles and ambitions.

Satyr, the driving force behind the band, never made a secret out of his plan to turn Satyricon into more than just the darlings of a subculture, but into a generally well-known and respected metal band. He's been working on it for more than 15 years, and the results have been impressive. There is a strong sense of rejection running through Satyricon's work: The medieval fantasy settings of the earliest releases quickly made way for bone-dry, pure emotion. This band is going to the essentials, they stripped away all ambiguous metaphors and developed a very refined sense for sombre, great melody lines and precise, overwhelming rhythmic structures courtesy of drum legend Frost, culminating in their critically acclaimed last effort "Now, Diabolical".

Now the stage is prepared for the next step: "The Age of Nero". Largely written in a remote cabin deep in the Norwegian woods by Satyr in collaboration with his old friend Snorre Ruch (of Thorns; himself a legendary figure in the history of Norwegian extreme metal), it features eight of the heaviest songs in Satyricon's history. Then again this heaviness is not the raison d'etre for "The Age Of Nero", it is a necessity dictated by the inherent power of the songs. From the unstoppable urgency that marks 'Black Crow On A Tombstone' to the epic frenzy of 'Die By My Hand' and the bleak nihilism of 'Den Siste' - each title demands the utmost sonic intensity. They got it, thanks to the skilful song writing, execution and production. Most parts were recorded in Los Angeles in renowned places such as Sound City (where among many others Metallica and Slayer recorded drums), with Satyr acting as producer and Joe Baresi (Tool, Queens of the Stone Age) twisting the knobs. In a bold departure from their previous way of working, the guitars have been seriously down-tuned, adding to the raw power of the sound. Drummer Frost does an exceptional job in supplying a fundamental that seems almost casual in its measured aggression, but defines the rocking blackness of the album as much as Satyr's pronounced guitar work.

And before you summon pictures of Sir Peter Ustinov in his famous role in the movie "Quo Vadis": "The Age of Nero" features no mad emperor playing the lyre to a backdrop of burning buildings, the album title is as vague an allusion to Roman history as is the band's name to Roman author Petronius. There is no metaphor here, just, in the words of Satyr, "a nod towards the hedonism of the late Roman empire", which feels appropriate in our time of growing detachment from the grim realities of existence. "Nero" is the Italian word for "black", which is the better summary for what this album is all about: the darkness within, that which remains when you strip away the conventions of culture and civilisation from human nature.

It's tempting to call this "thinking man's metal" and to a certain degree it's a fitting description: With every detail of the music and production meticulously planned and executed, there is no feeling of improvisation, of chance success. On the other hand, the core is not technique, but feeling. "The best songs dictate themselves", explains Satyr. In this sense "The Age of Nero" indeed is a force of nature, a natural translation of the subconscious urges and powers into sound. This is metal music in its most mature form - not as simple escapism or a form of anger management, but as a profound experience of what it's like to live in the increasingly dark age ours has become.
Presented by
Legacy