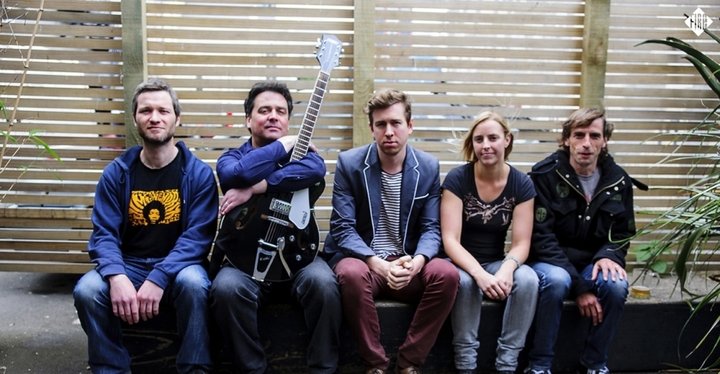 Legendary Flying Nun Band from New Zealand! First Berlin show since 1987! The Chills are a band from Dunedin, New Zealand fronted by the rare talent of Martin Phillipps. Originally formed in 1980, The Chills had a revolving cast of band members with Phillipps remaining the only constant. His knack for writing fantastic pop songs led to chart hits back home and a cult following around the world. With early releases via the legendary NZ label Flying Nun, The Chills produced a number of critically acclaimed records such as the single "Pink Frost" (their first hit) from the album Kaleidoscope World and the LP Brave Words. They made their first foray on to a major label by signing to Warners subsidiary Slash in 1988 after relocating to London. They released the album Submarine Bells in 1990, where their single, "Heavenly Pop Hit" garnered much international praise and press. The band returned to NZ as national heroes and proceeded to release several more albums including Soft Bomb and Sunburnt. With a few years hiatus due to health problems, Martin picked up The Chills again in '99 and throughout the 00's playing shows around the world and reaching a wider audience and gaining a cult following. The band have many faithful friends around the world and a new generation (Peter Bjorn and John, Panda Bear, The Shins et al) are now covering or attempting to emulate The Chills unique sound. Martin has a single-minded determination to take quality, original NZ-sounding, melodic rock music global, stemming from the punk rock ethics of his musical awakening and from the subsequent proximity to people like Chris Knox who drove home how crucial it was to always deliver music with intensity and conviction.
Share This
Previous
All
Next