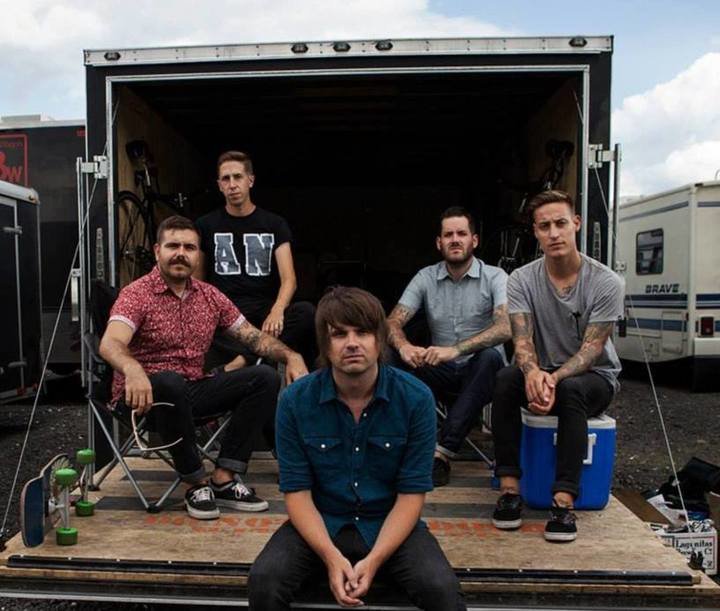 Formed in 2000 in Burlington, ON Canada, Silverstein has become as close to a household name as you can get in the post-hardcore scene. After 5 full length albums, 3 EP’s, a live album, mini album, and numerous 7” singles and collections, Silverstein have sold more than 1 million albums worldwide. The lineup has remained largely the same over their 12 years on the scene and features Shane Told (vocals), Paul Koehler (drums), Josh Bradford (guitar), Billy Hamilton (bass) and Paul-Marc Rousseau (guitar).
Silverstein has played more than 1600 shows in 42 countries, and have been a staple on many festivals and tours. They have been a part of Vans Warped Tour, Take Action!, Taste of Chaos, Rock Am Ring (Germany), Soundwave (Australia), Give it a Name(UK), and also co-founded the Scream It Like You Mean It tour in 2010.
Since 2003, Silverstein has remained consistent releasing full length albums every 2years. They burst on the scene with When Broken Is Easily Fixed (2003) which would shape the scene to come with its dynamic approach of mellow clean tones contrasted with screaming and heavily distorted riffs. In 2005, their sophomore and best-selling release Discovering The Waterfront was critically and fan acclaimed with more structure and melody, but still keeping the emotion Silverstein had become known for.
In 2007, the band worked with legendary producer Mark Trombino and released Arrivals & Departures. Sticking to a more stripped down rock sound that went against the slick sampled tones of many bands at the time, the album had 2 of their biggest songs, and a video in heavy rotation on MTV. 2009 brought back ‘Discovering’ producer Cameron Webb and a return to the bands early sound with A Shipwreck In The Sand, a high concept album that also tackled some political topics for the first time. The album brought a number of guest vocalists including Liam Cormier (Cancer Bats), Lights, and Scott Wade (Comeback Kid).
After a departure from Victory Records in 2010, the band came right back in 2011 with their 5th full length Rescue on indie giant Hopeless Records. With new producer Jordan Valeriote at the helm, the album featured some of the bands best performances and songs ever, with songs like “Forget Your Heart”, “Burning Hearts”, “The Artist” and “Sacrifice” all being successful singles.
Never a band to rest for long, Silverstein also released Short Songs in early 2012, a “mini album” featuring 11 original songs and 11 covers all less than 90 seconds long. This release took the band back to their punk rock and hardcore roots and was a huge critical success garnering extremely positive reviews.