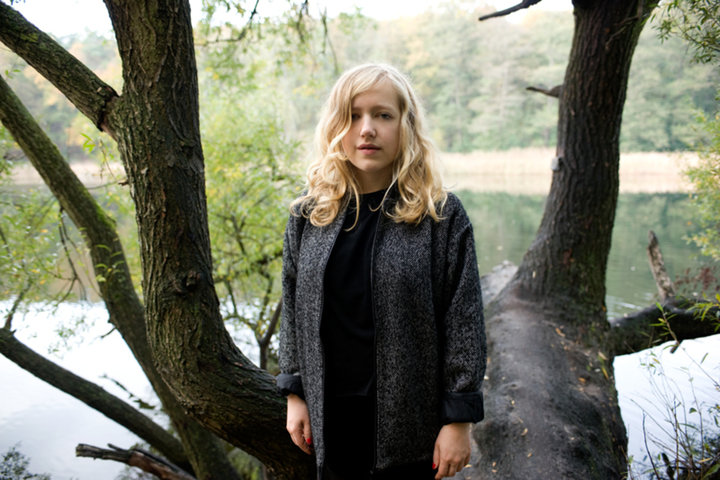 "Fresh on the scene, Sea Change is the alter-ego of Ellen A. W. Sunde. Creating chilling electronica-pop, previous comparisons have been drawn to the likes of Fever Ray and Lykke Li, with a sound similar to artists such as iamamiwhoami, MØ and Broods."
Her debut album „Breakage“ will be released February 23rd 2015.
Born in the south of Norway in the late 80s with a natural fascination for noise, improvisation music, tiny acoustic instruments and synth pop. She creates a beautiful loopbased sound that contains beats, vocal harmonies and 80s choruses with an own ability of making it magic and imysterious ambience. Still there is a wide range within her music. It can be massive, putting the lower frequencies of the sound system to the test or gentle, almost like the wonderful nature of silence but always immersive. Sundes stage presence make the live performance capturing and adds an extra layer to the experience of her music.
Her first releases “Bursting”, “Let’s Dance“ and “Bridges" were all highly discussed by blogs around the world leading to heavy touring all over Europe. Her music and live shows have been picked up by interntational press including Clash Magazine, The Guardian, NME, Line of the best fit and more:
„Futuristic whirlwind of emotion” - DIY
„Divinely spectral sounds” - Clash Magazine
„Cascading electronics & uplifting loops” – Drowned In Sound
„Emotion recollected in devastating tranquility” – The Guardian
„Gripping” - Stereogum
““ozes ambient cool” - NME
„Brooding & delicate” – The Line of Best Fit
“Sea Change makes music that is at it’s core haunting, but also so beautiful I want to listen to it all the time” – Pigeons & Planes
“Beautifully understated” – Ja Ja Ja Music
Presented by