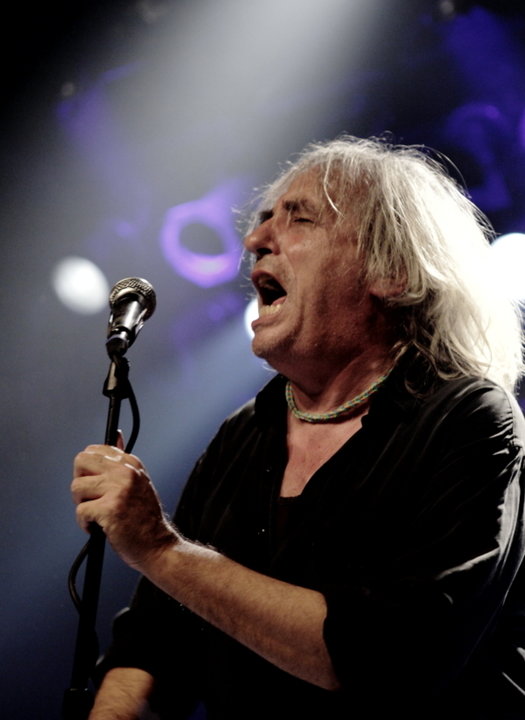 Yiannis Aggelakas doesn't need any special introductions. Well-known singer, songwriter, poet and actor, he is regarded in Greece as one of the most significant and multifaceted artists. He has an explosive performance on stage and a unique interpretation style. Through a blend of folk-rock elements - that were always present at his previous work - and traditional “rebetiko” sounds, he creates unique new melodies and rhythms. Through his music a big part of the Greek music history is narrated.

Yiannis Aggelakas used to be the frontman of one of the most famous Greek rock bands called "Trypes". "Trypes" produced albums with psychedelic/punk rock music. After the band was disbanded in 2001, Yiannis Aggelakas devoted himself into creating different kinds of experimental music. He started and maintained a productive solo career while at the same time he also collaborated with many other artists.

With his new band, Yiannis Aggelakas will be presenting in Berlin selected songs from his entire recording history. Are you ready to rock?