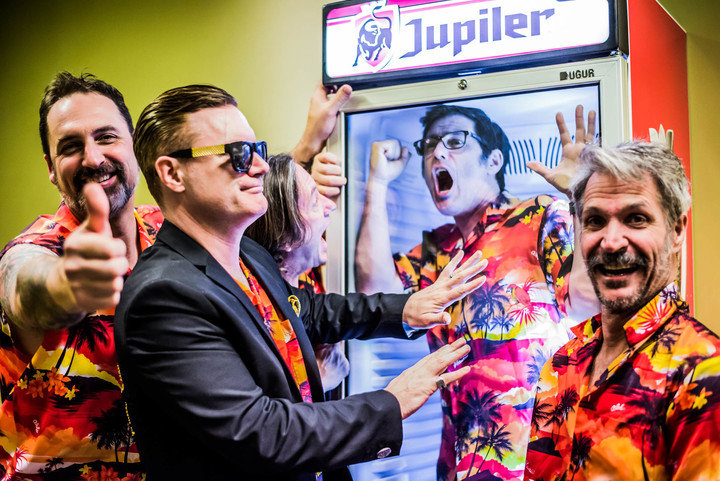 ME FIRST AND THE GIMME GIMMES

For the uninitiated, Me First and the Gimme Gimmes consist of Lagwagonfrontman Joey Cape on the guitar, Chris Shiflett (Foo Fighters) on the other guitar, Lagwagon drummer and Fat Wreck utility superhero Dave Raun on the skins, and are rounded out by incomparable crooner Spike Slawson.

Together, Me First and the Gimme Gimmes — an outfit that has always operated more like a beer-hall Pussycat Dolls than a regular mortal band—contain so much hot air, so much pomp, so much attitude, that it’s a wonder that these guys can still manage to pull their five individual tour buses into the same parking lot, put their differences aside and belt out the ballads without clawing each other’s eyes out. But they do, for the love of the fans, the music, and of course, the applause.

So, what is really left to say about punk super-group and cover band extraordinaire Me First and the Gimme Gimmes? After 7 studio albums, a live record and too many singles to count, they’ve tackled just about every genre under the sun. Be it Motown, Country, show tunes, Japanese Pop (sung in Japanese!), these seasoned punk rock pros have triumphed on every occasion in a way only the Gimmes could. With such an extensive and wide ranging catalog, where does one begin?

Lucky for you, they’ve done that work for you. Out April 7, Rake It In: The Greatestest Hits, finally compiles all the best hits onto one disc! From perpetual favorite “I Believe I Can Fly” to the classic Country tune “Desperado”, to the diva sensation “Straight Up”, the hits just keep a-comin’! They’ve even thrown in some deeper cuts for the Gimmes’ most fervent enthusiasts with “City of New Orleans” and “Hats off to Larry”. With 17 of only the very best hits, Rake It In is sure to satisfy Gimmes fans from all reaches of the globe.

Me First and the Gimme Gimmes will be on a worldwide tour in 2017 so be sure catch them live. When duty calls for one of the Gimmes to perform with their other band, rest assured a traveling Gimme will step in. Scott Shiflett, you guessed it, Chris Shiflett’s brother and guitarist for Face to Face is in this years lineup as well as Jay Bentley from Bad Religion on the bass. The powerhouse continues and they’ll be singing ballads, showtunes, Country and Motown tunes all year long, so don’t miss it! 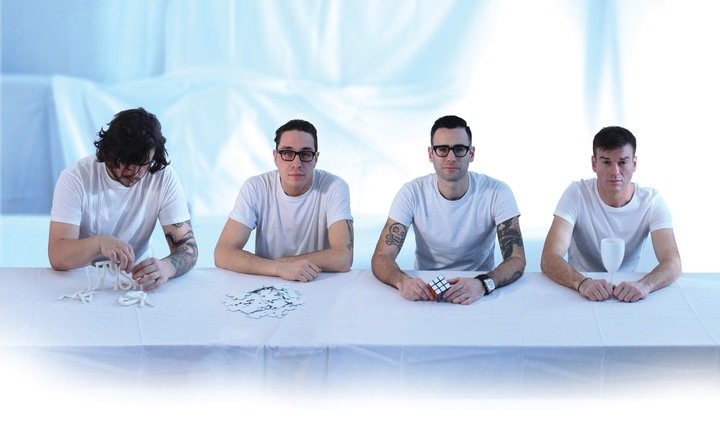 When their previous band decided to take a break, Jim and Ed decided to start a new one or their girlfriends would make them get real jobs. They asked Le Bazile to play drums, and for some reason he said yes. At this point they would have been a kickass trio but Jim decided to throw a wrench in the works and play guitar. Luckily, they found a big guy who would be perfect for making sure they got paid at the end of the night, and he also happens to play bass.

They sought to boldly blaze musical trails that had already been well traveled by Toys That Kill, One Man Army, Superchunk, and a lot of other bands with way cooler names.

2014 will see the release of their debut “Leave Stickers on our Graves” EP in February on Delete Your Favorite Records, mixed by Jamie McMann (NOFX, Dead to Me, Swingin' Utters), and a busy tour schedule throughout Europe and Canada including an appearance at Montreal's Pouzza Fest in May.

Fucked if we know. We're Not Scientists!