Although Degenerated can be considered a "young" band, its history goes 10 years back. Back then Madman got ahold of an old upright bass, teached himself 3 chords on the guitar and recorded a couple of tracks under the name "Degenerated". A few more songs were recorded with the help of his brother David, but then the project was put on hold due to work commitments, moving, and a general lack of time. The bass was sold, while the wish to ressurect the band remained.

In summer 2010 it looked like this wish could become reality when Max had the idea to jam together. Max recently started to learn playing the guitar and also had a slap bass rotting in his basement. Tobi took over the drums, and three sessions were held in Max' appartment until it all came to a stop again caused by external circumstances. It wasn't before summer 2011 until Degenerated finally got to rehearse regularly...

Pretty soon the band was asked to play a first show, so in a matter of a few weeks Degenerated rehearsed a small set consisting of a few own songs which were presented to an enthusiastic audience end of October 2011. Although it was far from perfect, this first show was a big success and left the band yearning for more. But only one gig later, Tobi decided to leave the band. With only two weeks notice until the next gig was supposed to happen, things looked quite bad again... Five days before the gig, replacement drummer Sexy was recruited and rehearsed with the band for the first time. Things went well, and after the gig he decided to stay as the new permanent drummer.

With this line up - Madman (bass & vocals), Max (guitars & vocals) and Sexy (drums) - Degenerated played several gigs already, ranging from small club shows to appearances on big festivals and shared stage with many big names in the scene like Mad Sin, Demented Are Go, Klingonz, Frantic Flintstones, Griswalds and many more. In summer 2013 the band recorded 13 tracks for their debut album "Argh!" in Berlin's Boneshaker Studio, with noone less than Puck Lensing (Frantic Flintstones) on the controls. This album has finally been released on April 10th on Crazy Love Records!

The story goes on... stay tuned for more adventures of Degenerated! 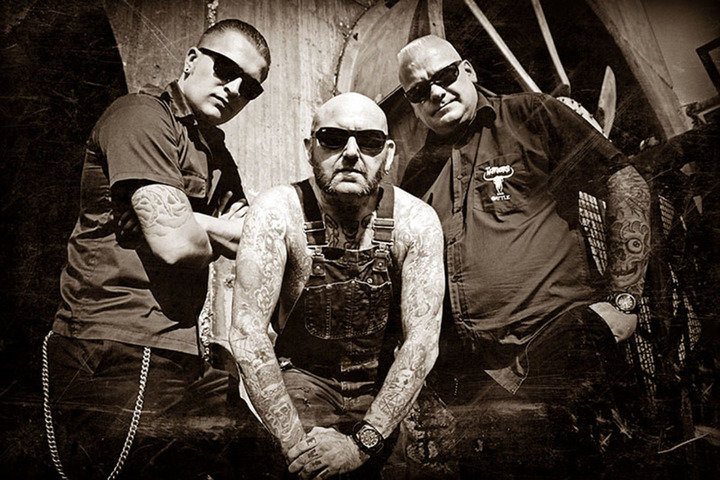