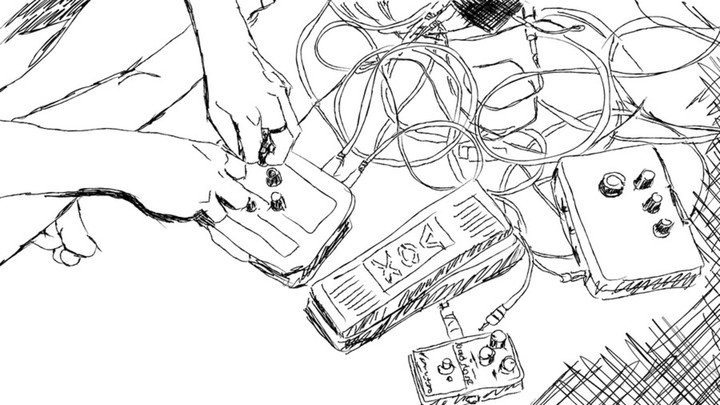 New Band Name, new LP; The former Max Graef Band toured and worked on new music all year. Musical progress, and the impression of not enough edge and rawness in a lot of recent music, inspired and motivated a majority of the recording. The band has grown as a unit and wrote a lot ofmaterial together this year in late night sessions. During 2 weeks of recording the new songs in the studio the goal was to try all sorts of instruments, amps and effects and be open to any combination of sounds. Furthermore, they and engineer Lutz Fahrenkrog-Petersen tried to capture and maintainthe raw feeling of the live recordings using almost exclusively analog pedals and racks as well as keeping the editing of the recordings to a minimum. Although Bands like Et Cetera (Wolfgang Dauner), Embryo or Xhol have heavily infuenced Max Graef and his band, the result turned out very original ranging from Distorted Jazz-Rock to Experimental Soul, Electronic Percussion Workouts to Free Sound Experiments and Psychedelic Rock. With some tracks being around 14 minutes long, it is better to let the music speak for itself though.